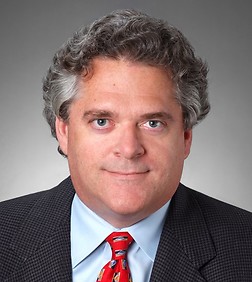 Mr. O’Neil was co-lead trial counsel in an administrative trial relating to airborne emissions and alleged leakage from stormwater sewers at the Exide Technologies lead battery recycling facility in Vernon, California. Mr. O’Neil obtained a temporary restraining order and a preliminary injunction against the California Department of Toxic Substances Control, which reversed an order that the DTSC had issued that shut down the lead battery recycling facility with no notice.

Mr. O'Neil represented defendant Exxon Mobil Corporation in a lawsuit brought by an owner of contaminated property in Livermore, California.  Mr. O'Neil tried the case before a jury in Oakland, California in the summer of 2010.  Exxon Mobil obtained a defense verdict.

Mr. O'Neil represented the defendant in a $100 million lawsuit brought by a subsidiary of the United Technologies Corporation.  Plaintiff alleged that Detrex negligently designed and installed a large industrial degreaser, and that the defendant's negligence resulted in the contamination of a groundwater aquifer in the San Gabriel Valley.  Mr. O'Neil tried the case over three months in 1994 and 1996 and won a defense judgment for Detrex.

Mr. O'Neil represents an independent oil company in a toxic tort case brought by Erin Brockovich and Edward Masry of movie fame.  The plaintiffs alleged that exposure to benzene had resulted in a "cancer cluster" among former students of Beverly Hills High School.  Mr. O'Neil's client and the other defendants obtained summary judgment in their favor.

Mr. O'Neil represented Union Bank of California, as Executor of the Estate of Joseph Collins.  The plaintiff in this CERCLA action alleged that the Collins Estate had contaminated a property in Inglewood with chlorinated hydrocarbons.  Mr. O'Neil settled the case upon highly favorable terms for Union Bank and the Collins Estate.

Mr. O'Neil represented the owner of a hazardous waste transfer, storage and disposal facility in a breach of contract action against the seller of the facility.  The case involved complicated permitting matters and environmental compliance matters.  Mr. O'Neil settled the case on terms that were highly favorable to his client, Clean Harbors.

Mr. O'Neil represented Exxon Corporation in a $20 million lawsuit brought by the Southern California Gas Company relating to the use of a natural gas sweetening product sold by Exxon and other defendants.  Mr. O'Neil assisted in the negotiation of a de minimus settlement on behalf of Exxon, while the other defendants paid in excess of $9 million to settle the case.

Mr. O'Neil helped his clients sell an environmentally -impaired property in Goleta, California.  In the process of doing so, Mr. O'Neil obtained environmental insurance and obtained a Prospective Purchaser Agreement from the California Central Coast Regional Water Quality Control Board.

Mr. O'Neil advised a landfill operator of the environmental consequences under federal law associated with its sale of landfill space in Southern California.

Mr. O'Neil advised Exxon Corporation regarding the environmental implications of a major property exchange between Exxon and Texaco Refinery and Marketing.

Mr. O'Neil advised a corporation on the environmental implications of its merger with San Jose Water.

Profiled by Los Angeles Business Journal as one of " L.A.'s Leading Environmental Lawyers."