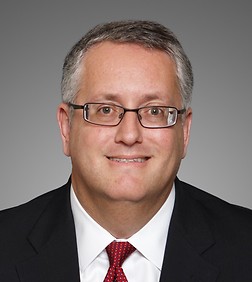 Aaron J. Malo is a partner working in the Finance and Bankruptcy Practice Group of the firm's Orange County office. He is also a member of the firm's Compensation Committee.

Aaron's practice focuses on bankruptcy and litigation issues. He primarily represents lending institutions, equity groups, financial services corporations, equipment lessors, landlords, real estate developers, and other creditors. Aaron has extensive experience in all aspects of bankruptcy and workout proceedings, and has also served as lead trial counsel for significant jury and bench trials in both state and federal courts. Additionally, Aaron has developed a specialized practice counseling clients on all aspects of high stakes landlord/tenant issues, taking many such matters to trial. He frequently writes, teaches and lectures on bankruptcy, litigation and creditors' rights issues. Previously, Aaron taught bankruptcy law at the Orange County campus of Golden Gate University's Graduate School of Taxation.

Aaron has a strong commitment to community service and the provision of pro bono legal services. He has served on the Public Law Center's board of directors since 2006, has served on that organization's executive board since 2013, and served as president of the PLC’s board of directors for 2017. Aaron leads the Orange County office's pro bono efforts, in which capacity he helped pioneer a new collaboration between Sheppard Mullin, the Public Law Center and Children's Hospital of Orange County that serves the families of ill children seeking treatment at CHOC. Aaron has handled significant pro bono cases protecting the interests of veterans, immigrants, and exploited persons.

In re Berkeley Delaware Court. Represented senior secured lender in connection with second Chapter 11 filing by a Northern California real estate project developer. Had the case deemed a single asset real estate case, over objection of the debtor. Obtained relief from stay to foreclose. Had the case converted to Chapter 7. Settled litigation with the Chapter 7 Trustee over the objection of the debtor. Successfully defeated petition for writ enjoining the settlement which was affirmed in a published decision from the Ninth Circuit Court of Appeal. (Bankruptcy Court for the Southern District of California, District Court for the Southern District of California, Ninth Circuit Court of Appeal.)

In re MMFX Technologies Corporation. Represented the debtor in its Chapter 11 bankruptcy case. Negotiated forbearance agreement with secured creditor. Ran and completed sale of substantially all the debtor's assets. Confirmed Chapter 11 plan.

In re Akhtarzad. Represented Chapter 11 Trustee in a contentious multi-year bankruptcy case involving a purported Ponzi scheme. Negotiated settlement with one of two primary claim holders. Negotiated terms for and ultimately confirmed a consensual Chapter 11 plan. (United States Bankruptcy Court for the Central District of California.)

In re Strouds Acquisition Corporation. Represented subordinated debt holders and senior equity holder (and individual and a charitable foundation) in contentious bankruptcy case where the Official Committee of Unsecured Creditors sued for breach of fiduciary duty and a host of other theories. Settled the dispute pursuant to a comprehensive settlement agreement approved by the bankruptcy court that bound all stakeholders. (United States Bankruptcy Court for the Central District of California.)

In re Nathan Linder & Leo Wills. Represented lending institution that provided multi-million dollar line of credit to assist Innovative Display Works, Inc. (a leading manufacturer of market display refrigeration units). The principals of IDW (Linder and Wills) filed personal Chapter 11 cases and threatened to put the company into bankruptcy, as well. Through a negotiated settlement, the lender restructured the debt, obtained a complete release, and ultimately collected all of the sums owing under the loan facility, including its legal fees. (United States Bankruptcy Court for the Central District of California.)

In re Quality Home Loans. Represented boutique investment bank serving the home mortgage industry who was owed millions of dollars by the debtor. Negotiated a resolution between the debtor and all of its warehouse lenders pursuant to which a securitization transaction was completed while the borrower remained in bankruptcy. The transaction was backstopped by a private equity company and essentially retired the debts owed to our client at par.

Montana v. Corzine. Represented noted interior designer Nancy Corzine in a series of litigation matters commenced by her adult daughter who sought title to a multi-million dollar condominium and an ownership in Ms. Corzine’s international design business. There were three different Los Angeles County Superior Court actions, and many writs and appeals. All actions resolved at the trial court (including a jury trial) were resolved in favor of Ms. Corzine, and ultimately the cases were settled for nuisance value on terms that were highly advantageous to the client. (Los Angeles County Superior Court; California Court of Appeal Second District.)

Renaissance Litigation. Represented equipment finance division of a large national bank after its prior counsel failed to foreclose on personal property collateral in a commercially reasonable manner, confronted the prospect of waiving any right to collect from guarantors, and faced the prospect of terminating sanctions, as well as a finding that its senior management had perjured themselves. After taking over the litigation, the sanctions were reversed, and the case was settled on favorable terms that paid the clients millions of dollars over time. (Orange County Superior Court; California Court of Appeal Fourth District.)

The Mortgage Store v. LendingTree Loans. Class action in which the plaintiffs (lenders who subscribed to LendingTree's lead generator program) sued LendingTree based upon that company's decision to route certain leads to its own lending company, Home Loan Center, Inc. Plaintiffs made a $250,000,000 settlement demand. Successfully challenged the adequacy of several proposed class representatives and ultimately defeated the case through summary judgment. Successfully defended the trial court's dismissal of the case in the California Court of Appeal. (Orange County Superior Court, Complex Panel; California Court of Appeal, Fourth District.)

Emil Shokohi Litigation. Represented lender who took title to a real estate project in Berkeley, California, only to end up in litigation with a low income inhabitant of that project represented by the East Bay Community Law Center. Defended the lender in a series of lawsuits filed in Alameda County Superior Court, successfully opposing the imposition of an injunction that would have precluded the lender from charging market rents for the project. Negotiated the purchase of a claim under 11 U.S.C. § 549 from the Chapter 7 Trustee in the bankruptcy case filed by the project developer, and used that assignment to have critical issues transferred to the United States Bankruptcy Court for the Northern District of California for adjudication. Prevailed on the Section 549 claim in connection with a summary judgment motion. Case now on appeal. (Alameda County Superior Court, Bankruptcy Court for the Northern District of California, Ninth Circuit Court of Appeal.)

Sears Holdings Corporation/MJW Development Litigation. In connection with the sale of its regional distribution center in the Boyle Heights neighborhood of Los Angeles, Sears obtained a below market long-term lease for property out of which it operated a retail store and automotive center. We represented Sears in a dispute with the landlord under that lease when the landlord sought to terminate Sears' go-forward lease rights. After lengthy and contentious state court and arbitration proceedings, dispute was settled pursuant to confidential terms, including a significant payment to Sears.

Santa Barbara Ranch Litigation. Represented lending institution who took title to an 1,100 acre oceanfront property north of Santa Barbara, and sought to sell the same. The lender was sued by its former borrower, who previously owned the property in a high profile lawsuit in which the lender and one of its senior executives was accused of serious misconduct. Negotiated a resolution of the dispute whereby the former borrower received an option to repurchase the property at a strike price sufficient to make the lender whole on the obligations owed to it, while at the same time allowing the lender to maintain development right for the property.

Emerald Bay Investment Trust III Litigation. Represented corporate trustee in connection with dispute over the trustee's authority to sell the trust's most significant asset – a one of a kind beachfront property in Emerald Bay. Three lawsuits ensued, including a lawsuit filed by the contemplated purchaser seeking to compel closure of the sale, a lawsuit filed by the trust's beneficiary for breach fiduciary duty, and a lawsuit by the real estate broker who felt he had earned a commission on the proposed sale. Negotiated a global settlement of the dispute with all stakeholders pursuant to which the property was sold and the trustee received all fees to which it was entitled, including reimbursement of substantially all of its legal fees.

Strouds Acquisition Corporation. Represented subordinated debt holders and senior equity holder (and individual and a charitable foundation) in contentious litigation that resulted in the company filing for bankruptcy. Settled the dispute pursuant to a comprehensive settlement agreement approved by the bankruptcy court that bound all stakeholders. Also represented the senior equity holders in related lawsuit brought by Strouds unsecured and secured creditors in the aftermath of the bankruptcy case. Obtained dismissal of that lawsuit. (Los Angeles County Superior Court. Orange County Superior Court. United States Bankruptcy Court for the Central District of California.)

Structured Investments, LLC. Represented privately held company in a complex series of lawsuits, including two class actions (one from investors/members and one from customers) and three related bankruptcy cases. Resolved the litigation after putting the company and its shareholders into bankruptcy, discharging certain debts, and restructuring other financial obligations. (Orange County Superior Court. United States Bankruptcy Court for the Central District of California.)

Halcyon Tea, LLC. Represented minority equity holder (an individual member) in derivative suit against other members and new corporation they formed that competed with the prior company that they closed over objection of our client. Settled the lawsuit pursuant to confidential settlement agreement whereby the new company purchased our client’s minority interest in the prior company. (San Diego County Superior Court.)

LMKI, Inc./Myrient, Inc. Represented founder, former chairman of the board, and former majority shareholder (all one individual) of technology company in a series of lawsuits brought by the company and certain minority equity holders. The corporation and certain minority shareholders sued corporation’s founder after the company’s application for listing on NASDAQ was declined and company still owed significant financial obligations to its founder. Reached global settlement of all claims pursuant to a confidential settlement agreement. Company was subsequently listed on NASDAQ, and then delisted. (Orange County Superior Court.)

Syrop Litigation. Defended disabled veteran with PTSD when Leisure World attempted to evict him from his home and refused to accommodate his disability. After a year of litigation, the senior living community dismissed its claims against Mr. Syrop, agreed to undergo sensitivity training so that its staff would know how to address disabled persons, provided Mr. Syrop with reasonable accommodations for his disability, paid Mr. Syrop $100,000, and paid $50,000 to the Public Law Center of Orange County.

Saldana/Soria Litigation. Represented non-English speaking clients who were victimized by a scam that exploited undocumented Orange County residents. We sued a bilingual real estate professional who had stolen he life savings of our clients. On the eve of trial, we settled the case with the real estate professional taking money out of her retirement account in order to reimburse all funds collected from the victims of her scheme.

Bankruptcy Reaffirmation Clinic. Summers of 2012, 2013, and 2014 at the Santa Ana Division of the Bankruptcy Court for the Central District of California. This is part of Sheppard Mullin's summer associate program. We provide education on debt reaffirmation issues to pro per debtors.