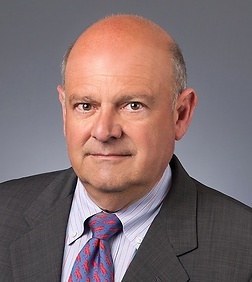 David Garcia is of counsel in the firm's Century City office. He is an antitrust litigator and counselor with a broad background in complex litigation and merger investigations for major U.S. companies, which includes extensive class action and multidistrict litigation experience. His practice focuses principally on litigation and counseling with particular emphasis on healthcare related transactions of all sorts, the entertainment industry and the intersection between antitrust and intellectual property.

David counsels and litigates extensively in the healthcare space on joint ventures, vertical and horizontal mergers and competitor collaborations and affiliations of all sorts for a broad range of hospitals, doctor groups, health insurance carriers and private equity investors throughout the U.S. including second requests and divestiture negotiations with both the FTC and DoJ. David's antitrust litigation experience includes price fixing cartel defense, patent related monopolization claims and representation of clients in connection with civil and criminal investigations by the Federal Trade Commission and the antitrust division of the U.S. Department of Justice. His broad ranging antitrust litigation background also includes major matters involving standard setting, state action immunity, and contested mergers. He also counsels and litigates in a variety of distribution situations, including dealer termination, vertical pricing restrictions, franchise termination disputes, non-competition agreements and counseling and litigation involving multilevel marketing organizations.

Defended Legacy Health in Oregon against an antitrust lawsuit filed by Trillium Health Plan relating to alleged failure to provide acute care facilities necessary for network adequacy – temporary restraining order and preliminary injunction were denied and the action was discontinued.

Represented Blue Shield of California in its acquisition of Brown and Toland, the largest doctor group in the San Francisco Bay area.

Represented Blue Mountain Capital Management LLC in consideration of purchase and resale of multiple inpatient and outpatient facilities in Kentucky.

Represented Kaiser Foundation Health Plan with respect to a variety of antitrust issues including potential cooperative ventures and affiliation agreements with medical practices.

Advice and counseling on a variety of vertical and horizontal antitrust issues for Sansum Clinic, the largest doctor group on the California central coast.

Represented Humboldt Medical Center in antitrust litigation commenced against Humboldt Doctor Group and primary hospital with which the group was affiliated which was dismissed after the filing of a motion to dismiss.

Represented Molina Healthcare in antitrust litigation by the Department of Justice challenging Aetna’s proposed acquisition of Humana after Molina agreed to acquire more than $400 million of Medicare Advantage assets from both Aetna and Humana to fix any potential anticompetitive impact that would have resulted from the transaction.

Represented Arcadian Insurance in the FTC investigation of its acquisition by Humana, Inc., and negotiation of eventual consent decree

Represented Sansum Clinic, a Santa Barbara, California physician group of 185 independent physicians in a multi-specialty group, in an affiliation agreement with Santa Barbara Cottage Hospital. After a four year investigation by the Federal Trade Commission and the California Attorney General, the parties decided to withdraw their application of the proposed affiliation agreement

Representing Herbalife in a variety of vertical distributorship issues

Providing antitrust and general outside advice and counseling to the Digital Cinema Initiative, a joint venture of the seven major movie studios created to establish performance and digital security specifications for the transmission and exhibition of digital cinema, and to explore business models for encouraging digital cinema implementation

Represented internet companies, including search engine operators and sellers of internet advertising, in multidistrict antitrust litigation arising out of patent claims, and antitrust advice and counseling relating to distribution of advertising through affiliation agreements