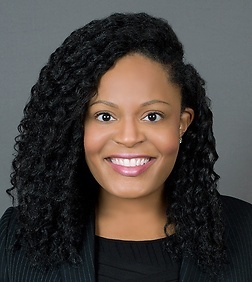 LaShanya Nash is a patent agent in the Intellectual Property Practice Group in the firm's San Diego (Del Mar) office.

Previously, LaShanya was a patent examiner at the U.S. Patent and Trademark Office (USPTO) for more than nine years, where she reviewed patent applications in the data security and computer networking technologies. She also obtained engineering industry experience when she works as a satellite engineer at Lockheed Martin.