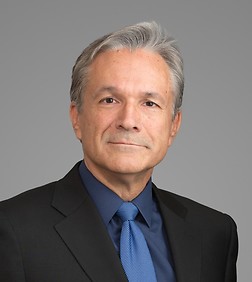 Kent Raygor, a partner in the Century City office, practices in the Entertainment, Media, and Technology Group.

Successfully defended MGA (creator of the Bratz® dolls and television, video game, and film characters) in a trademark infringement case brought by Hasbro in Rhode Island (Hasbro’s headquarters).  Hasbro claimed that MGA's "Spider-Man & Friends 3-D Memory Match-Up" game infringed Hasbro's rights in a card-matching game called "Memory" that Hasbro had marketed since 1966.  After a seven-day trial, the Court ruled in favor of MGA, finding that it had shown (through third-party memory games, dictionaries, encyclopedias, trade publications, expert testimony from linguists and game experts, federally issued patents and trademark registrations describing memory games, Hasbro's own use of "memory" with other products in a generic sense, and other evidence) that, despite Hasbro's 40 years of marketing of the game, claimed $130,000,000 in sales, and an incontestable trademark registration, the term "memory" was generic for this type of matching game and could not function as a trademark, thereby resulting in a total loss of trademark rights by Hasbro.  Hasbro, Inc. v. MGA Entertainment, Inc., 497 F. Supp. 2d 337 (D.R.I. 2007).

Represented Buena Vista Television (The Walt Disney Company) in a major copyright infringement and breach of contract action arising out of the electronic sell-through by Buena Vista Home Entertainment of Disney films through Apple's iTunes service and other Internet retailers.  Starz asserted that such sales breached its exclusive license agreement with Buena Vista Television, which gave Starz the right to exhibit Disney films through Starz' subscription-based pay television services.  The case settled in December 2008 two weeks before trial was to commence.

Defended Screen Gems, Sony Pictures, and Rainforest Films in a copyright infringement and idea submission case brought over the 2007 film Stomp The Yard.  The plaintiff dismissed its suit just before the Court ruled on Screen Gems’, Sony’s, and Rainforest’s summary judgment motion.

Defended Rainforest Films and Sony Pictures in a copyright infringement and idea submission case brought over the 2005 film The Gospel.  The plaintiff dismissed its suit just before the Court ruled on Rainforest’s and Sony’s summary judgment motion.

In re The Gator Corporation Software Trademark & Copyright Litigation

Defended Disney and ABC in a trademark infringement suit filed by Al Capp Enterprises, owner of rights to the L'il Abner comic strip and characters, over references in the Lizzie McGuire television series to a "Sadie Hawkins Day" and "Sadie Hawkins Dance."  Obtained a dismissal of the entire action.

Successfully defended ESPN in a trademark infringement, idea submission, and right of publicity suit filed by actors Scott Gurney and Deirdre Delaney over ESPN's 2003 reality-based prime-time series, Totally Hooked, which the plaintiffs alleged appropriated their ideas and format for an earlier series, Fish On!, aired by ESPN in 2002.  ESPN defeated an injunction request aimed at barring airing of the series and the case settled.

Defended Fox Cable Networks Group in two trademark infringement suits filed by two companies using the name "Fuel" (one a broadcast design company and the other an action sports clothing company) over the name of Fox's new 24/7 action sports television network, Fuel TV.  The Fuel Design case ended in a settlement after the plaintiff failed to obtain a TRO enjoining the launch of Fox's new network.  The Fuel Clothing case ended in a settlement just before trial was to commence.

Represented UGG and Deckers, manufacturers and sellers of the famous UGG® sheepskin boots, in a trademark infringement claim against another manufacturer of sheepskin boots that was claiming superior rights in the UGG mark.  Among other things, the defendant argued that the term "ugg" was generic for such footwear in Australia and that the doctrine of foreign equivalents (despite the fact that this was an English-to-English comparison) thereby mandated invalidation of UGG's trademark rights in the U.S.  Obtained summary judgment for UGG and Deckers on all claims, thereby defeating a genericness attack on the famous UGG trademark.

Represented Fox in a trademark opposition proceeding before the United States Patent & Trademark Office’s Trademark Trial and Appeal Board against Anheuser-Busch arising from its attempt to register KING OF THE HILL as a beer-related trademark, in violation of Fox’s trademark rights in the King of the Hill animated television series.

Defended Bally in a trademark infringement and trade secret case involving a contemplated acquisition of World Gym by Bally and the use by both fitness center chains of a "gorilla" logo.  Bally prevailed.

Represented GEICO in a trade name infringement action involving the infringement of GEICO corporate names by off-shore insurers in the Caribbean.  GEICO prevailed.

Defended Eddie Bauer in a trademark infringement case filed by a clothing manufacturer who objected to a new line of Eddie Bauer clothing marketed under an "AKA" name.  Eddie Bauer prevailed and launched a national chain of AKA EDDIE BAUER stores.

Represented Billabong in numerous successful counterfeiting, trademark, and copyright infringement matters involving use of the BILLABONG® trademarks with clothing, surfwear, films, contests, and other goods and services.

Represented Hurley International in numerous successful trademark infringement matters over unlawful use of the HURLEY® marks with clothing, surfwear, films, contests, and other goods and services.

Represented Pier 1 Imports in copyright infringement suits over the design of kilims and other products sold by Pier 1.

Represented Fox in a trademark infringement claim over Baby Einstein’s creation of a series of “Baby Dolittle” DVDs in violation of Fox’s rights in the DR. DOLITTLE and DOCTOR DOLITTLE trademarks and the Dr. Dolittle literary properties.

Represented Herbalife in stopping trademark infringement by a Finnish cosmetics company and its U.S. subsidiary who were violating Herbalife’s trademark rights in the mark RADIANT C® for skin care products.

Representing Herbalife in an opposition proceeding before the United States Patent & Trademark Office’s Trademark Trial and Appeal Board over an applicant’s attempt to register the trademark HERBALVIVE for nutritional products.

Represented StudioCanal in stopping the infringement of trademarks and other ownership rights from the 1984 film, This Is Spinal Tap.

Defending Qantas against trademark infringement claims asserted by RKO over Qantas’ use of artwork depicting a radio tower perched on a globe of the Earth in a Qantas advertisement.

Defended a client, which had endorsement deals with several athletes who participated in the 2008 Olympic Games in Beijing, against claims by the USOC that the client was infringing and improperly using USOC trademarks.

Represented Playboy and various persons affiliated with it in enforcement of Playboy trademark rights.

Represented a foreign television network in stopping piracy of its television programming through Internet streaming.

Taught a series of trademark, copyright, and right of publicity programs for Lions Gate Entertainment.

Represented Miller Brewing Company, Young & Rubicam, Inc., and Giannini Creative Imaging in a right of publicity and false endorsement suit filed by the band Audioslave over a Miller advertisement in an issue of Rolling Stone magazine that celebrated 50 years of rock and roll history.  The background for the ad consisted of a collage of many ticket stubs for rock shows covering a 32-year time span, and one of those ticket stubs was for an Audioslave show.

This is another suit asserting the same claim, filed by the band Weezer, as in the Audioslave case mentioned above.

Defended Hurley International, the designer and wholesaler of HURLEY® brand clothing, against right of publicity, breach of contract, and false endorsement claims asserted by one of Hurley's sponsored professional surfers.  Prevailed after a full trial.

Successfully defended Universal Media's High Society and Celebrity Skin magazines in a First Amendment, privacy, and right of publicity case filed by Jennifer Aniston over the publication of a topless photograph of her taken by a paparazzo who shot photos of her while she was sunbathing topless in her back yard.  The case settled on the first day of a jury trial in federal court.

Defended Fry's Electronics in a right of publicity suit filed by Arnold Schwarzenegger, Bruce Willis, and Denzel Washington who claimed that the use by Fry’s of images of their characters from the 2002 films Collateral Damage (Schwarzenegger) Hart’s War (Willis), and John Q (Washington) in depictions of television monitors used in Fry's newspaper ads promoting the sale of DVDs of the actors' films, infringed those actors’ rights.

Defended Lions Gate Entertainment in a right of publicity claim filed by Arnold Schwarzenegger.  Best Buy advertised the sale of the Terminator 2 DVD, released by Lions Gate.  Like the Fry's case, Best Buy used an image from the film in depictions of television monitors in the ad.

Defended Damiani, an Italian jewelry design house, against right of publicity and idea submission claims filed by Brad Pitt and Jennifer Aniston involving their engagement and wedding jewelry, which Pitt claimed to have designed and Damiani produced.

Defended Caudalíe, a French cosmetics company, in a right of publicity and false designation of origin suit filed by Catherine Zeta-Jones arising from Caudalíe's reference in marketing materials to reports that Zeta-Jones had purchased and used Caudalíe products.

Defended Playgirl magazine in a First Amendment, privacy, and right of publicity case.  Playgirl had republished nude photographs of Brad Pitt and Gwyneth Paltrow taken by a paparazzo while they were on vacation in St. Bart’s, which others had previously published in European tabloids.

Defended Playgirl magazine in a First Amendment, privacy, and right of publicity case.  Playgirl had published stills of a full frontal nude scene Leonardo DiCaprio had done in the 1995 film Total Eclipse.

Defended Playgirl magazine in a First Amendment, privacy, and right of publicity case.  Jose Solano, a former Baywatch actor, sued Playgirl magazine because it had used his headshot in an article, which included no nudity, about ten “hot” male actors in Hollywood.  The actor's publicity still was also used on the cover.  He argued that he suffered a privacy invasion because the nudity content of the magazine allegedly placed him in a false light.  The Court granted summary judgment in favor of Playgirl on all claims and ordered Solano to pay Playgirl's attorneys' fees.  That decision was then reversed and remanded for trial in Solano v. Playgirl, 292 F.3d 1078 (9th Cir. 2002), after which the case settled.

Represented Playgirl magazine in a First Amendment freedom of speech, privacy, and right of publicity case filed by Mexican model Berto Luna.  The court granted summary judgment in favor of Playgirl on all claims, and ordered Luna and his counsel to pay Playgirl's attorneys' fees.

Represented Dolores Hope Masi, whose family was close to Marilyn Monroe.  Marilyn Monroe gave many personal items to Ms. Masi and her family.  Masi tried to market those items as part of a high-end collection.  CMG Worldwide claimed to hold all deceased personality rights of publicity related to Marilyn Monroe and tried to stop any commercial use of these items.

Represented the Avalon Hotel in Beverly Hills in a right of publicity claim asserted by Frankie Avalon over use of the Avalon name.

Representing NWWL in a right of publicity claim asserted by Carmen Electra arising out of a contract pursuant to which she was to provide commentary and promotional activities for pay-per-view wrestling bouts.

Represented Batjac Productions, John Wayne's production company, in right of publicity issues arising out of the use of John Wayne's name and likeness.

Successfully defended Infinity with an anti-SLAPP special motion to strike filed against a claim that Infinity’s Mystique magazine was unlawfully publishing modeling photographs of the plaintiff, who had modeled for the magazine.