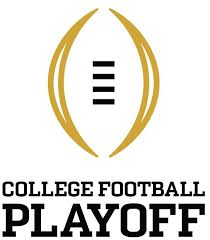 Sheppard Mullin successfully represented BCS Properties (BCS) at the Trademark Trial and Appeal Board of the U.S. Patent and Trademark Office, securing dismissal of trademark oppositions challenging the registrability of a COLLEGE FOOTBALL PLAYOFF trademark and a design mark incorporating the word mark:

BCS administers the college playoff tournament for the consortium of leagues that together make up the NCAA Division I Football Bowl Subdivision (FBS) and compete to be crowned the FBS National Champion.

The trademarks were challenged by Lile, Inc., an online sports gambling enterprise, in oppositions filed in January and April 2015.  Lile claimed in the oppositions that the challenged COLLEGE FOOTBALL PLAYOFF trademarks were descriptive and unregistrable and also claimed that BCS lacked a bona fide intent to use the trademarks when BCS filed its applications for registration on an intent-to-use basis.  Following a trial, the Board ruled against Lile on both arguments on July 17.  The Board held that the football design – featuring vertical lines that suggest but do not realistically depict lacing on a football -- was stylized rather than realistic and therefore “sufficiently arbitrary and fanciful as to remove it from the category of merely descriptive” and that Lile’s evidence fell short of showing that the applied-for marks merely describe a feature of the goods to which  the marks are applied.  Because the applied-for marks built on the foundation of an existing licensing program for the predecessor marks featuring the BOWL CHAMPIONSHIP SERIES, the Board found sufficient evidence to support the Applicant’s bona fide intent to use the marks at the time the applications were filed.