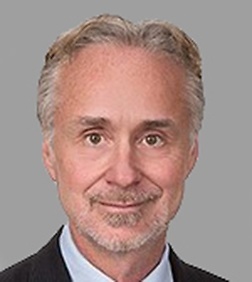 Thomas Dillickrath is a partner in the Antitrust and Competition Practice Group in the firm’s Washington, D.C. office.

Tom focuses on antitrust litigation and merger investigations. Prior to joining the firm, he served as Deputy Chief Trial Counsel at the Federal Trade Commission’s (FTC's) Bureau of Competition. During his time at the FTC, Tom litigated antitrust cases brought by the FTC involving mergers and acquisitions and other business practices affecting U.S. consumers. In particular, he was lead trial counsel in the agency’s successful federal court litigations blocking the Wilhelmsen-Drew Marine and Sanford-Mid Dakota Clinic mergers, as well as playing significant roles in the agency’s cases against 1-800 Contacts and Schein/Benco/Patterson in the FTC’s administrative court. Tom also was the lead trial attorney on several merger cases where the parties abandoned the transaction prior to trial, including DraftKings-FanDuel.

Prior to joining the FTC, Tom was a partner in the antitrust practice groups at two international law firms, where he worked with clients and competition agencies globally on a wide variety of high profile antitrust matters, from litigation and appeals to merger clearances and other government investigations. In mergers and investigations, he represented clients before domestic and foreign competition agencies and across a wide band of industries, including oil and gas, chemicals, consumer goods, airlines, high tech and telecommunications.

Tom advocates for clients before U.S. and foreign courts and competition agencies across the globe, including investigations and third-party matters. He has also represented clients in investigations of possible cartel and bid-rigging activities.

Tom also works with clients to prevent them from going to court. He conducts internal antitrust audits and investigations for multinational corporations, and has developed antitrust compliance programs and presented antitrust training for clients in the U.S. and abroad.

University of Edinburgh Post-Graduate Diploma in Philosophy (with honors), 2019