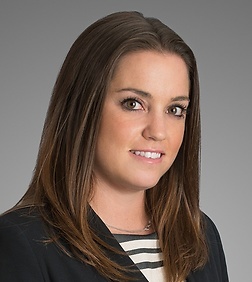 Whitney Hodges is a partner in the Real Estate, Land Use and Natural Resources Practice Group in the firm's San Diego office. She is the leader of the firm’s Cannabis Industry Team and serves on the firm's Pro Bono, Recruiting and Diversity & Inclusion committees, as well as numerous industry specific teams.

Real estate development has grown increasingly complex and controversial requiring knowledge of applicable federal, state and local laws, as well as the ability to work with a wide range of diverse interests including governmental agency staff, elected officials, landowners, environmental organizations and citizen groups. Whitney’s ability to work with such diverse interests to develop creative, practical and economical solutions is demonstrated by her involvement in the successful approval and permitting of multiple residential, commercial, industrial and mix-used developments during the past several years. Current projects include redevelopment, infill and mixed-use developments throughout southern California, including San Diego, Los Angeles and Riverside counties.

Whitney also has significant experience in working closely with clients and consultants on due diligence review of land use issues, which includes local zoning ordinances, general plans, redevelopment agency plans, and related land use restrictions. Her working knowledge of environmental constraints and the development process proves invaluable when investigating the potential purchase of real estate and the subsequent preparation of acquisition documents.

Whitney serves as general counsel for the San Diego Humane Society and is on the Board of Directors for YWCA.  Whitney is a registered lobbyist with the City of San Diego, the County of San Diego, San Diego Regional Airport Authority, the San Diego Port Authority and the City of Los Angeles. Additionally, Whitney also is a committed pro bono attorney and, in 2016, she was honored with the firm’s Bob Gerber Pro Bono Attorney of the Year Award in recognition of her commitment to volunteering legal services to those in need.