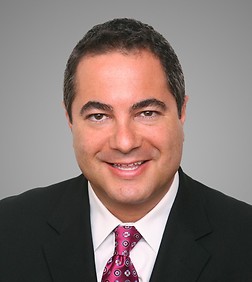 Greg represents employers in a wide range of industries. He provides general advice to employers relating to labor and employment issues, and has extensive experience in defending employers against claims of discrimination, harassment, retaliation, wrongful termination, defamation, invasion of privacy, workplace violence, wages, and other related matters. Greg has also defended employers in numerous wage and hour class actions, with a special emphasis on class actions in the mortgage, restaurant, retail, and manufacturing industries. He is a trial attorney who has had great success defending his clients in court and in arbitration.

Mr. Labate has presented lectures for employer's organizations such as Professionals in Human Resources Association (PIHRA), Employer's Advisory Council (EAC), Employer's Group, Association of Corporate Counsel (ACC), and more. Mr. Labate has been the Keynote Speaker at PIHRA’s Annual Convention numerous times. He has also appeared on television and radio regarding labor and employment issues.