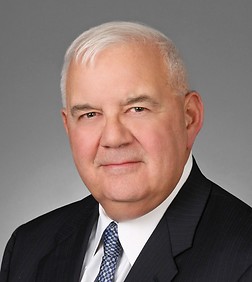 John Chierichella is of counsel in the Government Contracts, Investigations and International Trade Practice Group in the firm's Washington, D.C. office.

John has been nationally recognized by Chambers & Partners, Legal 500, and most recently by Who's Who Legal, noting that he "is one of the most instantly recognizable names in government contracts law."

John is a prolific author and frequent lecturer, and co-authored the leading book on the MAS Program. He also served as attorney/adviser to the Secretary, Office of the General Counsel, Department of the Air Force, in the area of procurement law from 1973 to 1975.