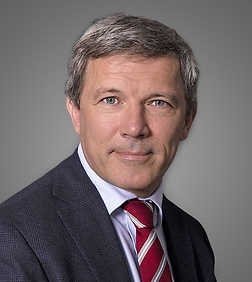 Jacques Derenne is the head of the EU Competition & Regulatory practice in Sheppard Mullin’s Brussels office. He is a member of the Brussels and Paris bars. He is also a Professor at the University of Liège and at the Brussels School of Competition.

Jacques has over 30 years of EU competition law experience across all areas, including mergers, cartels, abuses of dominance and State aid. He has developed a particular expertise in EU regulatory and related competition law issues in a number of highly regulated industries, including energy, the postal sector, aviation, railways, communications (telecoms, satellites, audio-visual) and tobacco products. Jacques regularly appears at competition hearings before the European Commission, and pleads cases before the General Court and the Court of Justice of the European Union, national competition authorities, the Belgian and French courts and various regulatory bodies.

Jacques co-directed and co-authored studies for the European Commission on the enforcement of State aid rules at the national level (2006 and 2009), which contributed to the Commission's Recovery and Enforcement Notices in 2007 and 2009 respectively.

He co-edited a book on the Enforcement of EU State aid law at national level - 2010 - Reports from the 27 Member States (Lexxion, October 2010), and has written quarterly comments on State aid case law and the Commission’s decisional practice in the journal Concurrences since 2004 (together with EU officials).

Jacques teaches competition law (State aid) at the University of Liège and at the Brussels School of Competition. He also publishes widely on various other EU constitutional, competition, and regulatory issues, such as on antitrust damages or on the res judicata principle vs. the principles of primacy and effectiveness of EU law. He regularly speaks at competition conferences.

Jacques is a founding member of the Global Competition Law Centre (College of Europe, Scientific Council and Executive Committee).

Mergers - Jacques has worked on some of the most complex and challenging global merger control cases, for instance on the €12 billion acquisition by GE of Alstom energy business and the acquisition by Alstom of GE’s Intelligent Transportation Solutions business (rail signaling). The energy deal involved a series of complicated remedies and multijurisdictional filings in over 25 countries.

Cartels - Cartels and investigations is another area in which Jacques has developed a track-record and an ability to guide clients through troubled waters. Jacques represented Alstom in the EU/non- EU gas insulated switchgears (fine reduction) and power transformers (annulment of the decision) cases. He also successfully defended Korean Air in the EU air cargo investigation (no infringement finding, no fine) and SkyTeam cases.

State aid - Jacques' State aid experience spans more than three decades, during which time he has acted for beneficiaries, competitors and Member States before the European Commission, EU courts and national courts. The successful restructuring of Alstom in 2003-2004 was one of his landmark State aid cases. He also advised Air France-KLM in securing the European Commission’s approval for up to €4 billion in French State aid to recapitalise Air France to help it overcome the impact of the COVID-19 crisis and plan for the future.

EU law regulatory – Jacques has been deeply involved in the liberalization process of nearly all regulated sectors since the early 1990s: the postal sector, the telecommunications/satellite sector, the energy sector, the aviation sector, the audio-visual sector. His current regulatory practice in these sectors draws from this longstanding experience.

Jacques Derenne is a highly regarded competition law practitioner across all Global and European competition rankings, including in:

GCR The Who's Who Legal, Guide to the World's Leading Competition Lawyers/Economists

"Jacques Derenne of Sheppard Mullin Richter & Hampton LLP comes highly regarded for his State aid expertise, where he is recognised as a stellar practitioner and one of the top names in Belgium. Clients declare that he is "clearly an expert within his subject area." (Chambers Europe).

He is recognised by his clients as "a real EU-law street fighter. He is very hard-working, tenacious and is not afraid of coming up with creative solutions" (Chambers Europe).

Jacques is a "Star Individual" for State aid in Chambers Europe and features among the 12 Leading Individuals in Legal500 (EU competition in Brussels).

Jacques is also rated "excellent" by LeadersLeague directory and in JUVE for Competition Law.

Avocat, member of the Brussels and Paris Bars