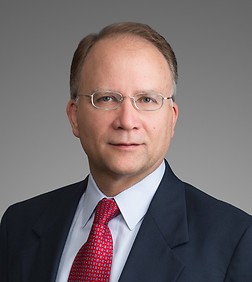 Scott Roybal is a partner in the Governmental Practice. He served as the group leader for more than 13 years.

Mr. Roybal practices business litigation in federal and state courts and before arbitration and administrative tribunals. He has extensive experience handling government contract disputes and defending clients in a wide range of civil and criminal fraud investigations. He has more than 30 years of experience investigating and litigating qui tam False Claims Act cases and related whistleblower actions. Mr. Roybal has handled a multitude of corporate internal and government investigations involving diverse industries such as healthcare, aerospace and defense, financial institutions, electronics, information technologies, transportation, construction, and telecommunications, among others that conduct business with the government. He provides compliance program advice and counsel and conducts investigations concerning the Foreign Corrupt Practices Act (FCPA). Mr. Roybal utilizes his extensive experience to assist clients with early resolutions of potential disputes.

Beginning in late 1986, several of the firm's defense contractor clients became the subject of parallel criminal, civil and congressional investigations which ultimately evolved into protracted federal FCA litigation. Mr. Roybal worked on these early FCA litigations as the federal law was being shaped and defined throughout the nation. For more than 30 years, Mr. Roybal has specialized in government contracts litigation, conducted numerous internal corporate investigations, responded to numerous government criminal, civil and administrative subpoenas and litigated many qui tam FCA actions nationwide. The FCA investigations and litigations on which Mr. Roybal has worked have involved diverse industries such as healthcare, aerospace and defense, financial institutions, electronics, telecommunications, and information technologies, among others.

Mr. Roybal has counseled many other clients involving Government investigations and FCA allegations which have led to favorable results. These diverse matters have included alleged: (1) Medicare fraud regarding Durable Medical Equipment ("DME"); (2) Medicare and Medicaid fraud regarding physician kickbacks; (3) reverse false claims regarding improper withholding of royalty payments to the federal and California state governments; (4) failure to pay New Mexico gross receipts taxes; (5) failure of credit unions to escheat dormant deposits to the state of California under the escheatment laws; (6) labor and material overcharging for materials and supplies involving the Iraq war; (7) improper use of federal research and development funds; and (8) failure to warn of health hazards caused by selling products to the government containing excessive amounts of lead, among others.