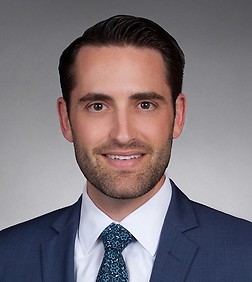 Adam Rosenthal is a partner in the Labor and Employment Practice Group in the firm's San Diego (Del Mar) office.

Adam represents a broad spectrum of employers in all areas of employment law before federal and state courts, the American Arbitration Association and JAMS. He has significant trial and arbitration experience in single plaintiff and class action cases involving:

Among his notable successes, Adam co-chaired a two-week trial in which he obtained a complete defense verdict on allegations of disability discrimination, retaliation and violation of the California Family Rights Act. In a week-long single plaintiff arbitration involving race discrimination and retaliation, not only did he obtain a complete defense verdict, but his client was also awarded a portion of the attorney’s fees. Adam has successfully defeated multiple motions for class certification that claimed violations of the California Labor Code and the Fair Labor Standards Act. On several occasions, he settled class action lawsuits with the plaintiff in exchange for a dismissal of the entire lawsuit, resulting in considerable savings for his clients.

Member Emeritus, Board of Regents, University of California