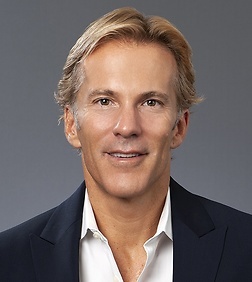 Craig Cardon sits on Sheppard Mullin's Executive Committee and serves as Leader of the Privacy and Cybersecurity Team. He also serves as the International Liaison for the firm’s China offices.

Craig provides regular advertising review for some of the largest retailers and consumer product manufacturers in the country. He regularly litigates false advertising and privacy class actions (including breach-related litigation), competitor comparison claims and trade secret claims. Craig has defended numerous landmark privacy and advertising class actions, including defeating cases of first impression under California’s Shine the Light law, Anti-SPAM law, the Club Card Act, gift card laws and Song-Beverly Credit Card Act. He has represented dozens of brands in cases around the country related to the collection of data and targeted advertising. He has defended FTC advertising enforcement actions through trial and regularly appears before the NAD (National Advertising Division).

Craig and his team handle data transactions, ecommerce fulfillment deals, international brand licensing and distribution arrangements. He has particular expertise in assisting retailers and brands in establishing and managing retail and distribution relationships in China and elsewhere in Asia.

Outside of the advertising context he has advised the Japanese government on anti-counterfeiting legislation, represented the Motion Picture Association and advised film studios on the intellectual property implications of new technologies. Much of his practice is devoted to disputes over media content and media distribution technologies. His content litigation experience, in addition to state and federal court litigation, encompasses domestic and international arbitrations, including IFTA arbitrations. Craig has created and overseen international anti-grey market and anti-counterfeiting programs for some of the world’s largest consumer product manufacturers and best known fashion brands.