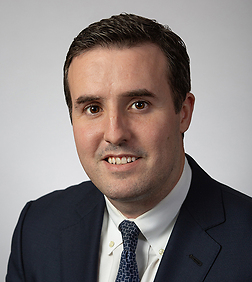 Colin Davidson is an associate in the Finance and Bankruptcy Practice Group in the firm's New York office.

Alpha Media Holdings LLC — Representing Alpha Media Holdings LLC and 15 of its subsidiaries in their prearranged chapter 11 cases in the United States Bankruptcy Court for the Eastern District of Virginia.  Alpha Media is the largest privately-held radio broadcast and multimedia company in the United States, which owns or operates more than 200 radio stations that provide local news, sports, music, and entertainment to a weekly audience of more than 11 million listeners in 44 communities across the United States.  Alpha Media’s prearranged chapter 11 cases were confirmed in just over 60 days and contemplated transactions that eliminated all of the Debtors’ prepetition funded debt obligations and provided the debtors with more than $120 million of exit financing.

Neiman Marcus Group — Representing the liquidating trustee, in the U.S. Bankruptcy Court of the Southern District of Texas, in the resolution of over 2,800 general unsecured claims in accordance with the debtors’ chapter 11 plan of reorganization.