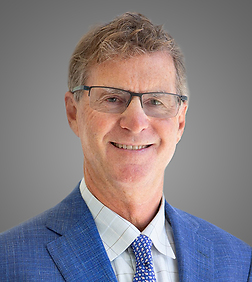 David Ulich is a partner in the Tax Practice Group in the firm's  Century City office. He is also Team Leader of the firm's Non Profit Sector Team which was named Non-Profit Sector Law Firm of the Year in California.

David provides business, corporate and tax advice to educational, public and religious charities and foundations such as the American Film Institute, The Annenberg Foundation, Childhelp USA, Catholic Charities of Los Angeles, Mission Without Borders, Foundation for Global Sports Development and others. David has expertise in public private partnerships between foundations and public agencies, including dealing with tax, regulatory and planning issues.  His work includes: (i) preparing applications on behalf of these Not-for-Profit entities for tax exemptions and non-profit status under federal and state tax guidelines; (ii) helping non-profits to joint venture on projects with other non-profits as well as for profit entities; (iii) dealing with excess benefit and private inurement issues; (iv) drafting donation and sponsorship agreements; and (v) providing guidance on non-profit governance and appropriate director and officer conduct, including compliance and disclosure issues.

David is President of a non-profit organization, Foundation for Global Sports Development, that works closely with the International Olympic Committee and a variety of International Sports Federations on global sports development projects. He was also actively involved in researching the use of performance-enhancing substances by former East German athletes and contributed to a book on the subject called Faust's Gold.

Childhelp Spirit of the Children Award, 2015

Board of Directors, The Los Angeles Sports Council Foundation

Board of Directors, Southern California Committee for the Olympic Games

Board of Directors, Terralex, an international referral service for law firms

Lecturer, University of Southern California Masters Tax Program, where he taught classes on the Taxation of Corporations and Shareholders

Board of Directors, several non-profit foundations