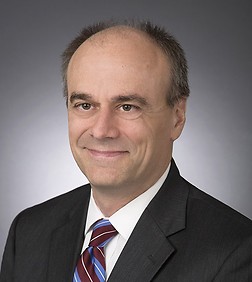 Jonathan Meyer is a partner in the Government Contracts, Investigations and International Trade Practice Group in the firm's Washington, D.C. office.

Jonathan counsels clients on their interactions with federal and state government, as well as cybersecurity, homeland security, congressional oversight and immigration, among other challenges.

Jon served for 17 years in government, including as Deputy General Counsel and Senior Counselor in the Department of Homeland Security, Deputy Assistant Attorney General at the Department of Justice (twice), and Counsel to Senator Joe Biden on the Senate Judiciary Committee.

At Homeland Security, Jon advised the Secretary, Deputy Secretary, General Counsel, Chief of Staff and other senior leaders of the 240,000-employee agency on law and policy issues, including cybersecurity, airline security, high technology, immigration reform, encryption and intelligence law. In this capacity, he supervised attorneys at CBP, FEMA, TSA, ICE, the Secret Service and the Coast Guard, among others. He also oversaw all litigation at DHS, at levels from discovery disputes to U.S. Supreme Court briefs. In addition, he led the department’s responses to congressional oversight from over 90 committees and caucuses of jurisdiction. More recently, he was a named amicus on the winning side of the Supreme Court’s decision permitting the DACA program to continue.

Jon is regularly sought out by the media – including CBS News, NPR, The Wall Street Journal, The New York Times, The Washington Post and Politico – on issues including cybersecurity, homeland security, immigration and Congress.

Jon is a recipient of the Secretary of Homeland Security’s Outstanding Service Medal, DHS’s highest civilian honor, along with the U.S. Secret Service Director’s Honor Award and numerous other awards and honors.

Recipient, Department of Justice Award for Outstanding and Dedicated Service