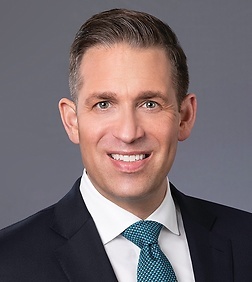 Leif is a leading entertainment lawyer for all business transactions related to television, digital and feature films. Over the last several years, he has been recognized as a top dealmaker by Variety, Legal 500 US and The Hollywood Reporter. Leif has a strong focus in all commercial and legal aspects of film finance, development, production and distribution, plus an expertise in “prestige” scripted TV and streamed programming. Having previously worked in corporate M&A, as a talent attorney, and in-house at Fremantle, Leif is a "go-to" outside general counsel and business operations and affairs lawyer who provides 360° advice. Film studios newly entering the television marketplace or TV companies now making motion pictures hire Leif to advise them on new content areas, particularly as the industry moves towards hybridization. Leif adds value to his clients’ businesses by providing them with commercial transactions prowess, business operations advice, risk management in a complex world, leveraging of his industry relationships, and general market strategy.

Throughout his 25 year career, Leif has been at the forefront of digital media. He has worked with new media companies since the Internet’s inception and, while in-house, led programming initiatives for Fremantle’s digital unit. He has since parlayed that experience into advising streaming exhibitors like Paramount+, Amazon, Apple TV+ and Netflix from their earliest stages of content studio organization.

Some of Leif’s current and historical small-screen projects include the following critical and commercial hits: The Taylor Sheridan universe including Yellowstone, 1883, 1932, Tulsa King, and Mayor of Kingstown, Two and a Half Men, True Blood, Six Feet Under, the CSI franchise, Mare of Eastown, Dickinson, The Summer I Turned Pretty, The Power, Magic the Gathering, We Are Who We Are, UnReal, American Idol, America's Got Talent, Billions, Penny Dreadful, The New Pope, Servant, Mosquito Coast, The Rookie, When They See Us, Station 11, The L Word (both original and reboot), How I Met Your Mother, and Twin Peaks.

Leif has also worked on recent feature films like Mortal Kombat, Bullet Train, Fantasy Football, Without Blood from Angelina Jolie, Finestkind, the Alien movie universe, the Scream franchise, Halloween, The War with Grandpa, Rocketman, Blood Moon, the Coen Brothers' The Ballad of Buster Scruggs, Under the Silver Lake, and the To All the Boys I’ve Loved Before franchise.

Born and raised in Los Angeles and also a European Union citizen, Leif is a Hollywood insider and multi-lingual authority on the content business worldwide. He prides himself on informed, holistic counsel at all stages of the pipeline - from business planning and company capitalization; through to intellectual property acquisition, creative development and on-screen fruition; and in turn to counseling on entertainment product monetization strategies to help his clients achieve long-term success.

Leif is a member of the firm's Out at Sheppard LGBTQ Group.

Recommended Lawyer for Media, Technology and Telecoms – Media and Entertainment: Transactional, Legal 500 US, 2020-2022