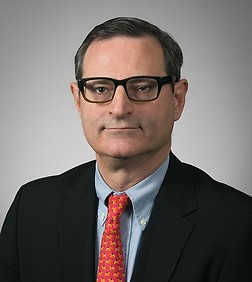 Theodore C. Max is a partner in the Entertainment, Technology and Advertising and Intellectual Property Practice Groups in the New York office.

Theodore has counseled clients on and litigated numerous cases involving issues on the cutting edge of copyright and trademark law. He has assisted clients in identifying, protecting and preserving their intellectual property assets, including seeking registration of rights in the United States and internationally and taking action against infringements of copyrights, trademarks and trade dress. He also has experience developing and implementing anti-counterfeiting programs and pursuing civil and criminal enforcement remedies. Theodore has actively litigated intellectual property issues, as well as licensing and franchise disputes, and the rights of publicity and privacy. He successfully has represented clients in all types of civil litigation, including alternate dispute resolution proceedings and mediation, trials and appeals.

"Advertising on the Cutting Edge," The Metropolitan Corporate Counsel, October 2016

Authored a chapter in the book, Fashion Law: A Guide for Designers, Fashion Executives & Attorneys, which is entitled "Celebrities and Fashion Models: Endorsement and Promotion Agreements."

"Coloring Outside the Lines in the Names of Aesthetic Functionality: Qualitex, Louboutin, and How the Second Circuit Saved Color Marks for Fashion," The Trademark Reporter, September/October 2012

"Litigating Trademark And Copyright Cases In The Metaverse," The Metropolitan Corporate Counsel, January 25, 2012

Authored a chapter in the book, "Inside the Minds: New Developments in Evidentiary Law in New York, 2011 ed.", Aspatore Publishing, April 2011.

"Trademarks in the Veldt: Do Virtual Lawyers Dream of Electric Trademarks?" The Trademark Reporter: The Law Journal of the International Trademark Association, Vol. 101, No. 1, January-February, 2011.

Designer Hotels Are In Fashion: But Care Should Be Taken To Avoid A Major Faux Pas, Hotel Executive.Com, May 1, 2008

When Keywords Trigger Sponsored Links, Be Mindful of WhenU and the Split in the Circuits Before Choosing Your Forum Court, Bloomberg Law Reports, September 10, 2007

Authored a chapter in the book, Intellectual Property Assets in Mergers and Acquisitions, which is entitled "Acquisitions and Licensing of Famous Name Trademarks and Rights of Publicity in the United States."

Authored a chapter in the book, Handbook of Fashion Rights, which is entitled "Intellectual Property Protection and Fashion in the United States."

"Total Recall: A Primer on a Drastic Form of Equitable Relief," published in The Trademark Reporter®, in May-June 1994

Contributed a chapter in the book, The New Role of Intellectual Property in Commercial Transactions, entitled "Available Remedies For Dispute Resolution in International and Domestic Trademark Licenses."