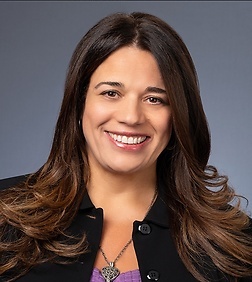 Ronda D. Jamgotchian is a partner in the Labor and Employment Practice Group in the firm's Century City office.

Ronda is an experienced litigator who handles all facets of labor and employment law. She has significant experience defending employers in wage and hour class action lawsuits involving claims for overtime pay, misclassification, meal and rest period violations, unpaid business expenses, and other related claims. She also has extensive experience defending single plaintiff lawsuits involving allegations of harassment, retaliation, and discrimination based on age, race, sex, religion, national origin, sexual orientation, disability, and other protected classifications, as well as claims for breach of contract, defamation, wrongful termination, and various others.

Ronda has appeared in both state and federal court, and before administrative agencies including the California Department of Fair Employment and Housing, the U.S. Equal Employment Opportunity Commission, the California Division of Labor Standards Enforcement, and the Workers’ Compensation Appeals Board. Ronda is also experienced in alternative dispute resolution, having assisted clients in obtaining favorable resolutions to disputes through mediation and direct negotiation. Ronda regularly counsels employers on a wide range of labor and employment law issues, including leaves of absence, personnel policies and procedures, disability accommodations, reductions in force, employee discipline, and wage and hour matters.

In addition to handling litigation and advice matters, Ronda is a highly-skilled lecturer and trainer, having conducted hundreds of programs and seminars for employers both nationally and internationally. Among other things, Ronda regularly conducts workplace harassment trainings for both management and non-management employees, as well as customized training programs for employers on a variety of other topics, including hiring and firing, exempt classifications, performance evaluations, and many others.

Ronda received her J.D. from the University of California Hastings College of the Law. During law school, Ronda served as Senior Notes Editor of The Hastings Law Journal and earned Order of the Coif and Thurston Society recognition upon graduation.