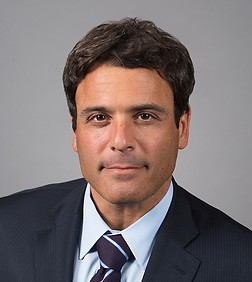 Jonathan Stoler is a partner in the New York office. He serves as Global Practice Group Leader of the firm’s Labor and Employment Practice and the National Non-Competition and Trade Secrets Team. He recently led the Sheppard Mullin team who were recognized in the Financial Times 2019 North America Innovative Lawyer Report for a joint project to address and remediate workplace pay disparities.

Jonathan's practice encompasses a wide range of labor and employment matters, including the defense of single plaintiff and class action discrimination, wrongful discharge and wage/hour claims, in addition to employment contract, non-competition, whistleblower, sexual harassment and related claims. He regularly represents clients in labor and employment litigations in federal and state courts, in arbitrations before the American Arbitration Association and the Financial Industry Regulation Authority, and in proceedings before various administrative agencies, including the Equal Employment Opportunity Commission, the U.S. Department of Labor and state agencies throughout the United States. Jonathan has conducted numerous internal investigations and compliance inquiries for several U.S. and foreign corporations. He also represents clients in collective bargaining negotiations, labor arbitrations and all stages of the labor election process, including election campaigns and hearings before the National Labor Relations Board.

Jonathan regularly counsels both domestic and international clients regarding the preparation and administration of personnel policies and provides advice to clients regarding reductions-in-force, discipline and discharge, employee disability and leaves of absence issues. He also advises management on the labor aspects of mergers and acquisitions and the extraterritorial application of U.S. laws.

Jonathan is published and quoted frequently on a variety of employment law issues in major academic and business publications such as the National Law Review, The New York Law Journal, The Metropolitan Corporate Counsel and Employment Law 360, and is a frequent speaker at national and international programs.

Ares Management: Mr. Stoler leads a global team that represents Ares on its employment law matters throughout the world.

U.S. Bank: Mr. Stoler obtained summary judgment and complete dismissal of all claims filed by a former municipal bond banker asserting unequal pay claims under the EPA, and race and gender discrimination and retaliation claims under Title VII and its state and local analogs.  He has represented this client in multiple employment litigations including, but not limited to, promissory note recoupment and restrictive covenant enforcement matters.

TP ICAP (f/k/a Tullett Prebon): Mr. Stoler obtained a complete victory in a case spanning three years against a former employee and their current employer for breach of contract, breach of fiduciary duty, and tortious interference with contract. After a 3-day arbitration, the FINRA panel awarded approximately $2 million in damages and attorneys' fees and dismissed the employee's counterclaims with prejudice.  He also obtained a complete defense verdict in a case seeking to hold TP ICAP liable for multi-million dollar bonuses claimed by risk arbitrage brokers. Mr. Stoler continues to represent this client, one of the world’s largest interdealer brokers, in employment matters throughout the US.

Brooklyn Nets: This client regularly looks to Mr. Stoler to provide counsel and advice on a variety of labor and employment matters.

Holsa/EXSA Americas: Mr. Stoler successfully defended this client and its president against claims of pregnancy discrimination and race discrimination, obtaining a complete dismissal of all claims on a motion for summary judgment.

Mr. Stoler led the Sheppard Mullin team who were recognized in the Financial Times 2019 North America Innovative Lawyer Report for a joint project with Syndio to address and remediate workplace pay disparities.

Mr. Stoler has consistently been recognized by The Legal 500 as among the best labor lawyers in the U.S.

Board of Directors, New York Lawyers for the Public Interest